3 Ways to Unlock the True Value of Feedback | Fierce

3 Ways to Unlock the True Value of Feedback 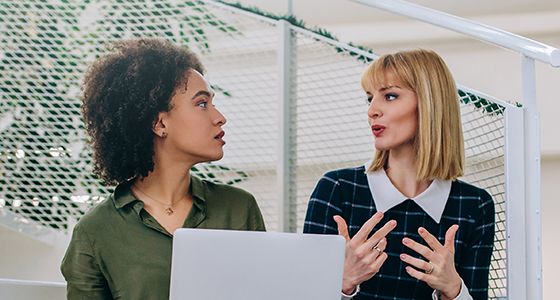 Giving quality feedback can cause intense anxiety and receiving feedback gracefully is one of the hardest things to do. We want to be liked, after all. We want to appear as though we are competent in everything we do.

If the mere thought of giving or receiving feedback makes you want to run for the hills and hide, you aren’t alone — more than 50 percent of employees say they don’t regularly speak their minds at work, according to our recent Fierce research.

However, when we let those fears win and allow us to put feedback on the back burner, an environment that perpetuates resentment, inactivity and disengagement is created. Don’t believe me? Look at these statistics on feedback failure:

Creating a feedback culture where candor is the expectation and trust is strong enriches relationships and overwhelmingly can transform your business for the better.

The good news is you don’t have to be afraid of feedback, and in fact, you can actually learn to love it. Yes, I said love it — as in enjoying, looking forward to and even loving the thought of receiving or giving feedback on a regular basis.

Below are 3 ways for you to start mastering quality feedback and begin creating a high performing culture:

A solid first step to falling in love with feedback is to start practicing it — regularly. Empower yourself to consistently seek feedback by simply ASKING for it.

This may seem overly elementary, because, well of course, just ask for it. But let’s be real for a second: how often do you really ask for feedback? Rather, do you tend to find yourself sitting back and waiting for it to come to you?

We can say to ourselves, “if someone is bothered by something I’m doing or if I’m not doing something well, they’ll tell me,” thus, a lack of feedback must mean I’m doing great!

However, by engaging in this behavior, we miss valuable conversations with valuable insight, and we end up coasting (blindly). This can lead to all kinds of problems such as missed learning opportunities, miscommunication with our coworkers and managers, and unexpected confrontation down the line to name a few.

What someone chooses to courageously share with you, or more importantly, how you ask for it or IF you ask for it, determines, to an extent, what will or won’t happen for you.

The decision you make about whether to invite that feedback into your consideration is going to have an impact, big or small, on determining your course or your path.

By proactively asking for feedback, you will uncover how your behavior, style, or decisions are really being interpreted.

2. BE PREPARED TO LISTEN & LEARN

Why is receiving feedback one of the harder things to do?

I think it’s because it requires you to be vulnerable. To stay open to where you aren’t doing things well can feel like you’re standing on the cliff of failure, and a manager’s or coworker’s words may just push you off. It feels risky.

We take feedback personally because it is personal. We’ve seen time and time again in our own Fierce research that when people are given feedback that was not expected or may even be embarrassing for them, egos can prevent us from hearing the feedback or doing something with it in order to make changes.

So, listen to the specifics in the feedback. What is the person giving you feedback trying to convey? Let them finish their thoughts and make sure not to get defensive — remember, you were the one who asked for the feedback in the first place.

An element of truly listening is asking questions and paraphrasing for clarification. Explore the assessment giver’s perceptions without balking. Ask for clarification yourself, if need be, in order to more fully understand.

3. EMPHASIZE YOUR WILLINGNESS TO CHANGE

As mentioned above, don’t defend yourself. If you truly want feedback, it’s important to accept what others tell you as their perception — their reality of you and the situation. Again remember, you don’t have to do anything with the evaluation.

But, if you ask for feedback and do nothing, it’s often worse than had you not asked for it at all. In a way, you’re sending the message that it’s all smoke and mirrors. You’re going to ask for feedback in order to look good, and so you appear to be the kind of person who’s willing to change and improve yourself, BUT you’re not actually going to do any of the work.

You can decide to change only some things — you don’t have to change everything that is mentioned in the feedback you received. You also don’t have to tell the person immediately what you plan to do, but you SHOULD let them know when you have decided.

Don’t let too much moss grow under your feet on this one. If you do know what you are willing to do based on their feedback, communicate what that is to them. Emphasize your willingness to change and outline how you will do that.

If you believe it will take time, let them know you will be working on it over a certain period. Summarize what you’ve heard and tell them when you will have a decision made. 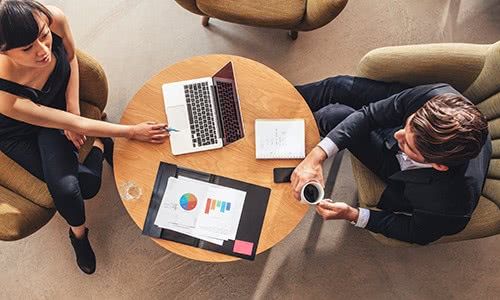 This is Why Career Plans are Bad for Employees 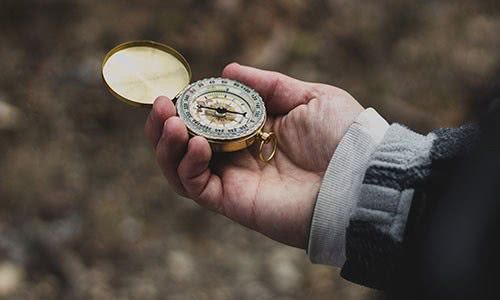